The Drive to Make a Living Fishing 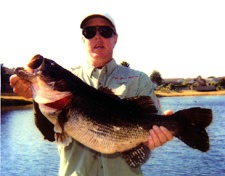 It all started one day on a little aluminum john boat on the Upper Potomac river in Maryland where my dad took me fishing. It was my first ever time. Little me stood eagerly waiting with a nightcrawler, not knowing what I was going to catch or that my life was about to be changed forever. After a little wait, my line tugged. I did not know what it was but I began to reel and hooked into the fish. It pulled so hard it began to take the rod out of my hands and my dad rushed over to help me. With his help, the fight was on and I eventually landed the fish. To both of our astonishments, it wasn’t just any fish, it was a 5 pound smallmouth bass! The biggest my dad had ever seen come off the river! And I caught it, off a little night crawler, my first fish.

I was hooked. From that day on, fishing became my life. Every body of water around I could fish (and some I wasn’t allowed to fish), I fished. I began to venture out further and further fishing new bodies of water until one day a very special issue of Bassmaster magazine arrived. On the cover it read, “TOHO: Where 10-pound Bass Are Thick As Grass” (I still have this exact same issue of Bassmaster today).https://myfwc.com/fishing/freshwater/sites-forecasts/ne/lake-tohopekaliga/

The article inside was named “Go To Toho For Big Bass”. In it it talked about how Lake Toho was the best big bass lake in the country and how over 300 bass over 10 pounds had been reported to have been caught off the lake in just a 5 month period from January to May. The main featured guide that they interviewed was Ed Chancey. After being blown away by what I was reading, I quickly showed it to my dad and it wasn’t long before we had a trip booked with Capt. Ed. 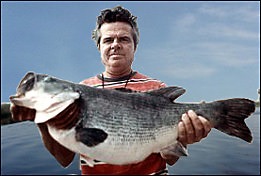 It was my first time fishing outside of Maryland, and seeing Florida’s Lake Toho for the first time, it was a completely different animal. Massive grass fields covered the entire lake. No wonder so many big bass lived here. It was on that trip with my dad and Ed when I was 11 years old that I figured out what I wanted to do. I wanted to be a bass fishing guide down on Lake Toho and work for Ed Chancey.

After 7 more years of going down to Florida annually to fish with Ed on Lake Toho and catching countless big fish, I had finally (with the help of my dad) gotten a Ranger boat, Suburban truck, and a tent. I was 20 years old and ready to head down and work for Ed. Only Ed didn’t know that. I had previously mentioned coming down and working for him sometime and he said “sure I’ll give you some work if you come down” but I could tell he didn’t think it would actually happen. I knew that if I had called him before I came he would turn me down and tell me to come another time.

So I devised a plan to make sure he didn’t turn me down. I drove down halfway to South Carolina and called him from there. I said “Hey Ed it’s Jamie, remember how you said if I got a boat and truck and came down you would let me work for you as a guide? Well I’m ready! I’m already halfway down your way now. I’m in South Carolina!” He replied “Well since you’re already halfway down, go ahead and come on down and we’ll figure something out.” And the rest is history.https://www.orlandobass.com/

I lived in a tent for two years working for Ed as a guide and as the years went on I became his partner in the business. He became like a second father to me teaching me all he knew about fishing. After many years of running the business together Ed died of a heart attack while on the lake in 1998. But his legend lives on. Ed still to this day holds the certified lake record of 16 pounds 10 ounces. And Freelancer Guide Service (now AJ’s Bass Guides) is still the largest freshwater guide service in Central Florida.