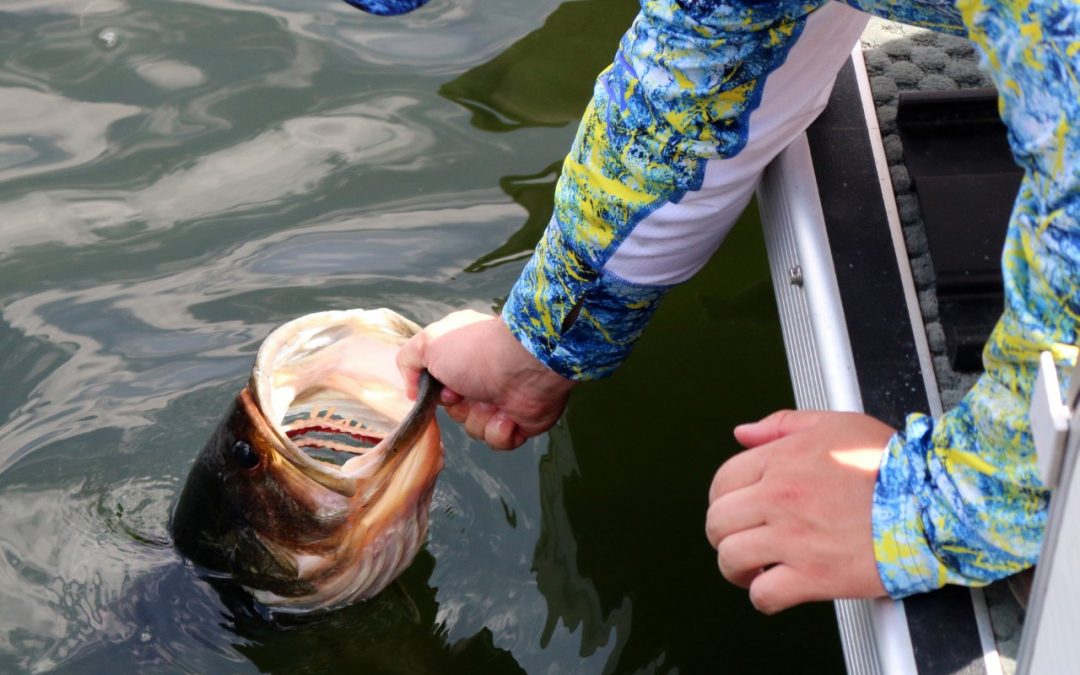 The Florida Largemouth bass is the state fish of Florida. It is found in lakes and rivers, commonly among vegetation or underwater structure, though schooling young bass can be seen chasing minnows on the surface. The official state record is over 17 pounds but the unofficial state record is just over 20 pounds caught in 1923. The excitement of the catch, however, can come in any size.

According to Gary Garth and USAToday, “Black bass — primarily largemouth and smallmouth — are the most sought-after game fish in America; the target of more than 11 million fishermen who, according to reams of research compiled by federal fish and wildlife officials, annually spend a collective “176 million days” trying to catch a bass. They also spend billions of dollars to do so.”

I believe it. Once you have felt the tug and fight on your line, you are hooked as much as the bass is. The vision of a lunker breaking the water and throwing your lure or breaking your line, leaves scars and feelings that last for years. Bass fishing is an addiction! 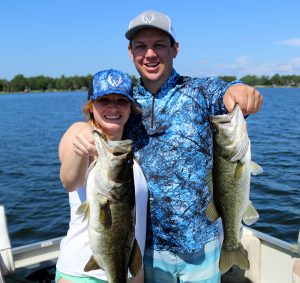 I experienced the aggressiveness of a largemouth bass off my dock in Florida. A group of friends were over playing on the lake and fishing off the dock. We spotted a large bass hovering in several feet of clear water and threw everything in the tackle box we could but did not get him to bite. Later, a young teenage girl caught a 1-2 pound bass. After taking pictures, we threw it back into the water and in an instant there was a huge splash near where it had landed. To our amazement, the huge lunker was swimming off with the tail of the bass we had just released sticking out of its mouth!. That is an aggressive fish!

They are so fast that it is surprising. One study had this to say about the speed of a bass:

“The swimming speed of largemouth bass has not been studied in depth. For practical purposes, expect bass to swim at speeds up to 2.5 times their body length per second. This means that small fish swim about 2 miles per hour while a 20-inch fish may swim in spurts of up to 12 miles per hour.” 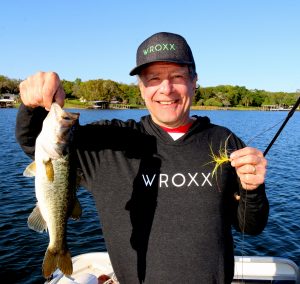 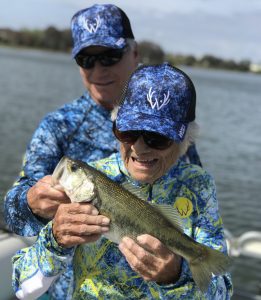 If a largemouth bass got much bigger, it would sure cut down on the amount of time we humans enjoy swimming in the lake! Instead, we get to stay the Apex lake predator (except for gators) and engage these ferocious carnivores with the latest strategies, lures, and high tech equipment while still enjoying the company of our grandmother, friends and children with a nice cool one on a boat, a dock, or even a bank with our toes in the water.

Bass truly are a fisherman’s dream. Wroxx performance fishing shirts only make that dream better. Made from ultra-light polyester and Lycra, our lightweight fabric creates a soft and comfortable fit. The raglan cut allows for more flexibility in the shoulders. The mesh venting under the arms plus the built in wicking helps make the shirt breathable keeping you cool and dry. With SPF50 and the thumb hole with extended sleeves, you get added protection from the sun. Our anti-microbial technology helps keep odors at bay. Wroxx…Gear for the Journey.